Sometimes the look of the moment all comes down to a single item. After the dominance of mini-bags, ugly shoes, and limited-edition sneakers, a new accessory has risen to the forefront: opera gloves. The retro finishing touch has become increasingly popular with celebrities, adding a touch of old-school elegance to their evening wear repertoire. Like many fashion crazes, the movement kickstarted when Beyoncé and Rihanna gave their seal of approval. Back in November, Mrs. Carter spiced up her color-blocked Jeux de Mains suit with the addition of a matching pair. Two weeks later, Rihanna arrived at the British Fashion Awards wearing the Fenty version of the trend in transparent mint green.

It’s rare for a piece that hit its peak during the 50s to resonate with millennials and Gen-Z, but the look’s current adherents are risk-taking young stars who draw inspiration from the past. Zoe Kravitz’s SAG Awards tribute to Jackie O. wouldn’t have been complete without the long white gloves that complemented her pale peach Oscar de la Renta gown. Likewise, the flamenco revivalist Rosalia upgraded the sultry, crystal-covered Burberry number she wore to the MTV Video Music Awards by adding on a black velvet pair. By looking back, both delivered something fresh to the red carpet.

The new generation has also upended the old rules about when, where, and how gloves should be worn. Emily Post once held that gloves should only be worn with formal wear and that they should cover rings and other jewelry. Don’t tell that to Beyoncé, who piled on Lorraine Schwartz diamonds and emeralds over hers at Diddy’s 50th birthday party in December. These days, anything goes, and celebrities are opting for bright colors, unique materials, and plenty of gems to amp up the drama. Case in point: yesterday, when Margot Robbie and her stylist Kate Young wanted to take her Dries van Noten separates to the next level at the London premiere of Birds of Prey, hot pink satin gloves were the only way to go. Bold, modern, and undeniably fun, Robbie’s look took the trend to dazzling new heights.

If the phrase “International Debutante Ball” brings to mind visions of young ladies coming out into society, dressed in long flowing gowns and white satin gloves, you’re not too far off.

Some may consider Debutante Balls to be an antique notion, a thing of the past, however, an inside peek at the 62nd International Debutante Ball in New York City, can attest that it was anything but old fashioned!

It was an affair to remember! 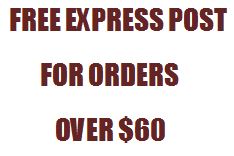